A little bit about us.

MedSpaLife is the first and only online marketplace for the aesthetics industry. We match the highest quality med spas with patients seeking treatments and procedures that will help them feel and look amazing. We serve as an advocate for med spa patients and as an ally for med spas who are trying to find each other in a rapidly growing industry.

The injection of botulinum toxin, commonly known as Botox, Dysport or Xeomin, has become very popular for reducing wrinkles and rejuvenating the aging face.

CoolSculpting is a non-surgical procedure that uses a controlled device to freeze and destroy fat.

Dermabrasion is a form of skin resurfacing that is more invasive than microdermabrasion, and is most often used to improve facial skin left scarred by accidents or previous surgery.

Dermaplaning exfoliates the surface layers of the skin through the use of a scalpel, and reduces the appearance of deep, pitted acne scars, resulting in a smoother and more even complexion.

Hair transplantation involves removing small pieces of hair-bearing scalp grafts from a donor site and relocating them to a bald or thinning area.

Liposuction slims and reshapes specific areas of the body by removing excess fat deposits and improving your body contours and proportions.

Microblading is a semi-permanent cosmetic tattooing treatment that fills in sparse eyebrows. This uses a hand-held tool with needles to apply pigments that simulate additional hairs.

Microdermabrasion skin rejuvenation is used as a method of exfoliation, as well as to treat light scarring, discoloration and sun damage, and stretch marks.

A device with fine needles creates tiny punctures in the top layer of the skin, which triggers the body to create new collagen and elastin.

Also known as micropigmentation, this includes outlining the eyes and coloring the lips and cheeks with a permanent organic pigment using a tattooing needle.

Scar revision surgery is meant to minimize scars so they are more consistent with your surrounding skin tone and texture.

Sclerotherapy, also known as spider vein treatment, involves the injection of a solution into each affected vein.

Ultrasound is a non-invasive treatment used to lift and tighten loose skin on areas such as the eyebrows, jawline, and jowls, as well as improve wrinkles on the chest.

Radiofrequency energy is sent to the desired area (internally or externally), heating the tissue and stimulating the body’s own collagen.

This involves injections of a patient’s own platelet-rich plasma (PRP) by drawing a small amount of the patient’s blood and isolating natural growth factors.

Why does Kevin do what he does? Because he loves solving complex problems that drive profit and growth for clients. Because he likes the math and the strategy and the analytics and the tactics. And because of three  other things: his wife and two kids. But don’t read this and think Kevin’s some stuffy, serious CEO. Nope, in the office he likes cranking electronic music so loud that the neighbors complain. And on the weekends, he likes teaching his son sweet skateboarding moves. Kevin also loves everything about Kansas City, especially the Chiefs. (And we’d like to point out that he was a huge fan even BEFORE they won that little televised ball game in February.)

When people ask what Operations Ann is VP of, she’ll tell you it’s everything. And anything. And whatever it takes to get the job done. And while her job description changes by the day, that’s fine by Ann. She spent 20 years in another industry, so she loves all the “new” that happens in this job. When she’s not at work, you’ll find Ann cheering on the Kansas City Royals and watching University of Kansas (or any college) basketball. She also likes scrapbooking—a skill that will come in handy as she’s about to welcome her first grandchild. Around the office, the Journalism major is known for being extremely detail-oriented, finding typos and grammatical errors that no one else notices. (We’re sort of nervous that she’s going to be reading this.) 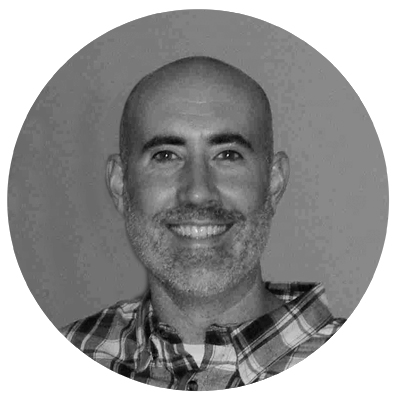 Like a dentist named “Dr. McClean” or a weatherperson named “Jim Storm,” Nick was born to be in the digital world, working on websites (or should we call them “Webb sites”). He’s a Shopify expert, a WordPress designer and a gets-sh*t-done kind of guy, and he has the industry accolades to prove it. He and his wife have two kids, so when Nick’s not busy doing dad things, he’s doing friend things, like having cookouts, watching sports and playing cards. Nick is a fast worker and also a listens-to-music-while-working worker. And when asked to sum up his team, he gave the highest compliment, saying “they’re legit.” Hopefully, as the great MC Hammer once said, they’re Too Legit to Quit. Because we like having them (and Nick) around. 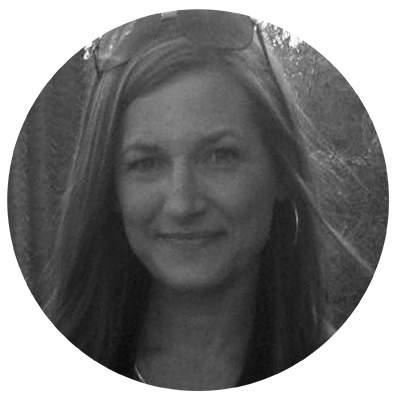 Ask Kara what she likes writing about, and she’ll say anything … except herself. Which is why she’s having a realllly hard time right now. She WILL say that what she loves most about her job is being able to craft stories and create a unique personality and tone for every client she works with, so that they can connect with consumers in a meaningful way. When she’s not debating the validity of the Oxford comma, Kara (and her husband) stay busy with four teenagers and their wildly fluctuating mood swings. When she does have some spare time, she spends it being a mediocre tennis player and above-average shopper.

Steph is more than a designer. She is also a dang good photographer. She’s taken pictures of food. Interiors. Exteriors. And people. (She won’t say which is easier to work with. But we hear food can be a real diva.) Steph’s an outside-of-the-box thinker and an all-hours-of-the-night worker. Which means in addition to getting awesome-looking websites, we also sometimes get emails about those websites at 3 a.m. In her spare time, Steph is a professional (yes, we said professional) ultimate Frisbee player for Minnesota Strike Ultimate. Autographs available upon request.